Before listing more of this saga’s numerous merits, we should consider the length of the Star Wars phenomenon – yes, it is appropriate to call it a phenomenon – the first Star Wars movie was launched in 1977 and since then, a Star Wars fever has pervaded our lives. We went though several trilogies, a change in management (Lucasfilm was acquired by The Walt Disney Company), and still, after 40 years, we remain in love with the characters and stories and we wait for any new Star Wars movie as if we were waiting for Christmas.

Why do we love Star Wars so much? This saga counts prequels, sequels and numerous well-rounded characters that made our childhoods rich and meaningful. We wanted to be a Jedi, we wanted to be as wise as Yoda, and as brave as Leia. The light sabers, of course, were the additional detail that made the whole package complete. It’s is a story about friendship, about fighting for what is right. Stories full of dramatic turns of events that became so much more than just sci-fi, it might even be considered epic.

Moreover, among the reasons why we would never stop watching these movies, there is the fantastic universe that surrounds these people; the great dialogues, and the surprising stories behind it. No wonder that fans of the saga have decided to celebrate “Star Wars Day” on May 4th. Are you curious to know why? Do you remember the famous quote from the movie “May the force be with you”? It is clearly an assonance between force and fourth, and the double meaning of the world May (month) – and May (modal).

Well, good friends, no more reasons to dawdle… Since today is Star Wars day why don’t you have fun going down memory lane? A good way to celebrate Star Wars Day would be to quote some of the most famous lines while speaking about any other topic, or simply watching one of the movies again…. In any case, whatever your choice is, remember, may the force be with you…and May the Fourth be with you. 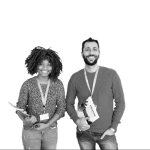